the legacy of Earle Gister, or, how to play an action

I know that many students who come into my class with some prior training have some grasp of the notion that “acting is doing”. They understand, in one way or another, that the layman’s notion that acting is “showing emotion” is misleading, or at least unproductive for the actor. The reason it is counterproductive has to do with Stanislavsky’s basic observation that self-consciousness is the source of the actor’s problems. The actor is aware that she is being watched and scrutinized and judged and evaluated, and this awareness has an inhibiting effect. The actor can achieve some measure of liberation from this inhibition by finding a problem to solve in the scene, a challenge to meet, a difficulty to overcome. An objective. Thus, the actor needs to “do” something.

Thinking of acting as “showing emotion” invites the actor to focus on himself and his own emotional states, which is a form of self-consciousness. So the actor needs to focus on doing, not on feeling, and let the feelings take core of themselves. Feelings will happen, based on how well the “doing” is going, that is, on whether the posed problem in the scene is being solved, but these feelings are not the actor’s concern; they are a by-product of of the doing, of the pursuit of the objective.

Many students with prior training understand this much, at least intellectually, and sometimes practically. This practical understanding often manifests itself in talk of “tactics.” By tactics, the student means a way of trying to affect someone else in order that the objective in the scene may be met. Most often, tactics get described as active verbs: “to excite”, “to seduce”, “to challenge”, something like that. The understanding that these students often have is that tactics should be changed frequently, as the actor who does the same tactic over and over will be boring, and also that changing the tactic often will make the work more “specific.” But the most important point is that “tactics” are a way of describing or characterizing the way in which the actor understood the character to be attempting to influence the character with whom she was interacting at a given point in the scene. They are the indivisible units, the molecules, if you will, of the actor’s performance.

Now it’s against this backdrop that Earle Gister’s major innovation comes into play. Earle was the head of the acting department at the Yale School of Drama for 17 years. He passed away in the last few years. It’s clear that his legacy as a teacher was vast: he profoundly affected countless actors and directors during his tenure at Yale, and before that, at Carnegie Mellon. But I am speaking here of his impact on the craft of acting, his methodological innovations, the insights he had that became part of a working method that enabled actors to do good work and to understand what they were doing when they did that good work.

And by far the most important and profound insight he offered was a new way for the actor characterize or describe how he understood what the character he was playing was doing at a given moment, specifically, how that character was attempting to impact or affect the character with whom he was interacting. Earle offered an alternative to tactics.

He called that alternative “action”. He was likely not the first to use this terminology, and he certainly wasn’t alone in it. (I have discussed the importance of this shift in nomenclature here. ) It was in his definition of what an action was that Earle accomplished something watershed: instead of active verbs, Earle suggested that the actor characterize his understanding of a given section of a scene by saying what she was attempting to make the other character/actor feel. An action was an attempt to make another character/actor in the scene feel something.

The first time I heard this described to me (it was about six months before I started Earle’s class), I saw the power and promise of it immediately. The most obvious thing about it was that it focused the actor’s attention squarely on the other partner, on the character/actor in the scene that the actor was attempting to influence or affect. With the “active verb” approach, although the actor was being asked to characterize the way they were trying to affect the other character/actor when he selected an active verb, in practice, the active verb had the tendency to refocus the actor’s attention on himself, as he attempted to “cajole” or “flirt” or “evade”; the active verb would prompt the actor to think he about how she herself would behave if she were trying to cajole or flirt or evade, so her attention would be on herself and her own behavior, and not on the person he or she was trying to influence. Earle’s approach pointed the actor at her partner as she attempted to make the partner feel guilty or needed or whatever. So on that score, already, Earle’s approach was a great leap forward. Anything that could encourage the actor to focus on the partner rather than on how she was being perceived by the audience was a godsend.

But there was more to appreciate about this innovation. Earle’s approach to action posed a challenge for the actor: how will you make the other person feel needed or turned on or out of line or whatever? In the very description of the action, an outcome was described (someone is supposed to be made to feel a certain way), and the actor is challenged to bring that outcome about. As such, Earle’s formulation was a prompt to the actor’s problem-solving ability and ultimately, to her creativity. The active verbs were static things, in the end. Sure, they were supposed to be a means of reaching a larger objective, but on their face, they did not point towards an outcome, they were bits of behavior that the actor had to manifest, that may or may not be connected to any outcome at all.

But that’s still not all. Do you remember what I was saying about how students are told they need to change their tactics often, or they will be boring? Earle had a different view, with action. He saw characters sustaining the actions that they played, normally, and the moments when the actions changed were significant milestones, major shifts in the negotiations taking place in a scene. Until such moments, the actor must not change their action, they must instead hold fast to it, even in moments when the text tempted them to abandon their action. “Play the action until it MUST CHANGE.” he would intone. Then, when an actor would sustain an action until such time as the scene, through the agency of the other character and through the actor’s own text, would necessitate an action change, it was clear to all who were watching what the change was and what it meant in terms of the relationships between the characters in the scene. Something had had to give, and give it had. But Earle was very clear that this meant that you could not change actions willy-nilly: to do so would totally obscure these significant shifts in the unfolding of a scene. And in fact, there was nothing interesting about changing the action or tactic constantly: it made for unintelligible scenes in which nothing was allowed to develop or run its course.

But what about the concern that if the actor played the same thing across a stretch, she would be boring? Earle’s point was that this was where specificity came in. Even though you were sustaining a single action across a section of a scene, you had to be taking in your partner at each moment, “sourcing” off of her, as he called it, or as I say, receiving off of her, and measuring what you were receiving against whatever your larger objective was in the scene (an issue for another day), and then using the results of that measurement to inflect the way you played (or “sent”) the action in the next moment. So the actor refined and specified how she made someone feel needed or cursed or loved across a section of a scene, so that even as she sustained the single action, the precise way in which she was playing that action was inflected by what she was receiving from her partner, in words and behavior, and also by her own text and the inner promptings that it aroused. So there was nothing boring about it, and it illuminated how a character attempted a certain way of responding in response to circumstances over a stretch of time, and most importantly, allowed the audience to see what precipitated the abandoning of that way of responding for another.

The revelatory nature of these insights is enormous. Truthfully, under the “tactics” model, the actor would almost always be asked to hold far too many tactics in his head for a given scene for each tactic to be remembered, let alone faithfully implemented every time. With action as how the actor/character is making the other person feel, a scene could normally be played with relatively few actions. Earle would turn to us after working with a pair of students on a scene and say “you can play this scene with two actions!” This is a huge relief for the actor, who no longer needs to keep a kerjillion tactics in her head to act a role. A few actions per scene would normally suffice. Much easier to keep track of, and much more likely to be successfully executed.

There were other important parts of what Earle taught.  I part company with him on some important aspects of technique, most notably, what makes for a strong objective, and certain aspects of what he called the Five Questions. There were other teachers I encountered at Yale who recognized the power of what Earle offered but also its limitations, and found ways to deepen it and improve on it. But his notion of action is a prodigious contribution to the understanding of the craft, one whose power to illuminate a scene is so far-reaching and profound that it becomes difficult to imagine any other way to do it. It begins to feel inevitable.

Earle was a brilliant teacher with a huge heart. All of those who were lucky enough to be his students experienced a transformation in their consciousness, and through the work of his many students, the practice of enacted storytelling has been immeasurably enriched. He is greatly missed. 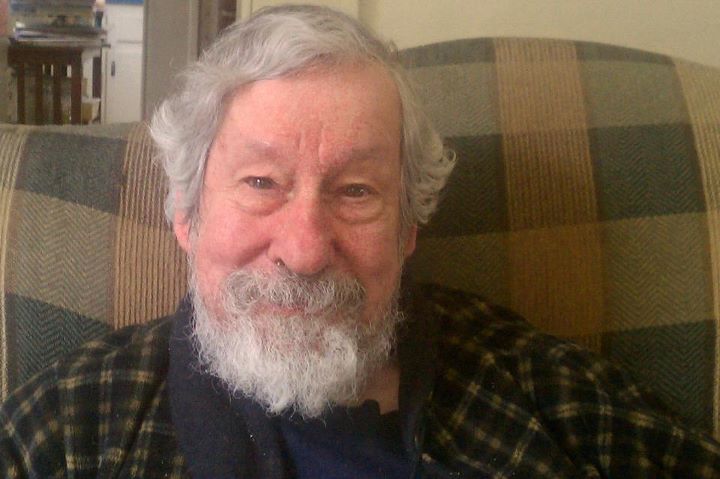