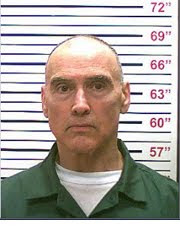 It’s not every day that I recommend the work of a competitor, but I have included parts of Howard Fine’s book into my class syllabus. The piece I like the most is the section that comprises the first of what Fine calls “The Common Mistakes”: it’s called “Judging the Character”. It’s a great discussion of how one of the biggest stumbling blocks for the actor is the tendency to look at the character as from the point of view of an external, evaluative observer, rather than the attempting to get. under the skin of the character and finding out why it is NECESSARY to do and say the things that the character does and says.

When we talk about this point in class, a question that frequently arises is: “what if you are playing a serial killer or other predator?” And the answer is to try to discover how the character sees his actions as totally justified: usually as a result of some past way in which they were violated. (Remember: in acting class, we are in the business of learning to act roles compellingly, not in the business of making ethical judgments).

Last night I was enjoying the latest episode of This American Life. In this episode, as in virtually all the others, the infallible instinct of Ira Glass and friends for unearthing rich, surprising material was once again on display. This episode was called Petty Tyrant. It tells the story of Steve Raucci, a school maintenance man who rose through the ranks to become the tin pot dictator of the school system maintenance department. He bullied and intimidated, and exacted bitter retribution against those who crossed him. He sexually harassed men and women, he slashed tires and set cars on fire. He was eventually brought down, but the reign of terror he prosecuted is astounding.

At one point in the podcast, the narrator, Sarah Koenig, reports that Raucci thought of himself as a good guy, someone who hated bullies, and who was put in the position of having to mete out justice because if he didn’t, then who would? He believed in “street justice”.

It’s a great piece, for a lot of reasons. Hearing the emotional testimony of some of his victims at his sentencing hearing reveals how harrowing an ordeal this was for everyone involved. But I thought it was particularly interesting to hear about how this man who is clearly sadistic sees himself as persecuted and therefore justified in tormenting others. Actors who have to play bad guys, take note.