not now, but someday… 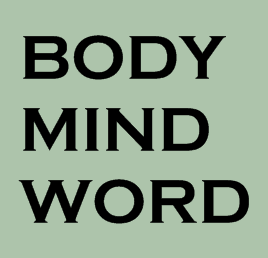 My new Body-Mind-Word class was scheduled to start in LA and SF this week, but it won’t be happening. I didn’t get the enrollments. A number of former students in SF did get in touch with me to say they would be interested in it, but they couldn’t do it right now. I confess I am disappointed; the impulse to do work in this direction has been forming inside me for some time, and I was really looking forward to tackling the challenge of teaching people to act in a way that is totally different from what I do in the Essentials class.

I still love the Essentials class; don’t get me wrong! At the same time, I see the students in the current cycle struggling to get their heads around some of the framework concepts in the class: underlying objective, plot objective, the path through the scene, action, personalization. And I know what they must be going through: I have learned two languages in my lifetime, and I know that learning any new language entails an enormous amount of frustration, even failure. Especially as an adult: you have adult-grade cognition that you struggle to express in your limited language skills, and it’s easy to feel constricted and incompetent.

Once we get into the scene work, and people are speaking and moving around, the physical side of all of the concepts we have been talking about for weeks starts to emerge, and the concepts themselves, having been lived with for a while and put to use, are not as burdensome and scary as they can be when they are initially presented. Still, part of me felt that there must be another way of approaching all of this, one that began with the physical. In the Essentials class, we try to analyze and imagine our way into the scene. The goal is to become physically, even viscerally activated. But what if there were a way to begin with visceral activation, to cut out the middle man of the analytical, so that an actor learned what it meant physically to touch the need to do and say what it is that the writer asks them to do and say, rather than finding their way there by posing and answering the probing and immediate questions we wrestle with in the Essentials class?

Some people, less analytically minded people, will surely find this to be a great relief. And the truth is that when I am testing the usefulness of what a student claims to be pursuing in a scene, I do it by touching that place of need in myself physically, somatically. So if that place is the final arbiter in sorting things out, why not teach people to get to that themselves, so they can rely on it in their work?

It’s an interesting idea. One thing I know is that there is no substitute for difficulty in trying to gain creative mastery. There are no short cuts, no quick fixes. There would be things about this way of working that would be just as elusive and troubling as the framework presented in the Essentials class often seems to be on first encounter. And I think actors will always need some analytical skill, no matter how they work. But my intuition tells me that by playing both ends against the middle, so to speak, the student’s comfort level with both sides of the coin will increase.

I have no doubt that one day this course will run, and I look forward to it. I am sure I will learn as much from the experience as my students will.