I decided it was time for a makeover of my bio on the Andrew Wood website. I had been adding to it in a piecemeal way and I realized it had lost the sense of a throughline. Anyway, here it is. Not bad, if I do say so myself. 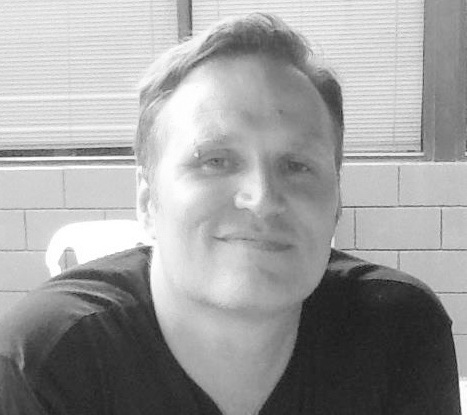 My encounter with master acting teachers Earle Gister and Evan Yionoulis at the Yale School of Drama was nothing short of life-changing. I came to Yale in the thrall of the world of downtown New York experimental theater, which I had discovered through my mentor in undergraduate school, director Jody McAuliffe, herself a graduate of the Yale School of Drama. At Yale, Earle and Evan helped me to rediscover how supremely compelling great acting is, in its ability to present the bared soul of the the actor. My aesthetic as a director was radically transformed; I still appreciated dramatic literature that was challenging and provocative, but the radiant, commanding presence of the viscerally activated actor took center stage for me. At the Drama School I directed Hamlet, Who’s Afraid of Virgina Woolf?, and Peter Handke’s Ride Across Lake Constance, as well as new plays by Drama School Playwrights Liz Duffy Adams, Julie McKee, and Robert Curtis. I assisted directors Mark Rucker and Len Jenkin on productions at the Yale Rep.

After graduate school, I continued my association with Liz Adams after graduate school, directing her adaptation of A Wrinkle In Time at Syracuse Stage in Syracuse, New York, and a staged reading of The Train Play at the House of Candles Theater in New York. I directed CS Lee (of Dexter fame) in a one act play called Nooner for Emerging Artists Theater in New York. I assisted Doug Hughes on Tim Blake Nelson’s play Anadarko for Manhattan Class Company. I directed productions at Clark University, Fairfield University and Fordham University.

I took a break from directing in 1999 and entered the world of web devolpment and eventually worked as a software engineer. After a time I returned to school, this time as a doctoral candidate in German Studies at Stanford University.

I completed a dissertation on the Austrian playwright and novelist Thomas Bernhard, but at the same time founded the Andrew Wood Acting Studio in San Francisco. It flourished, and in 2010 I moved it to Los Angeles. For a time I taught in both cities, but stayed based in San Francisco. Then in 2012 I relocated to Los Angeles and founded a theater company, Uranium Madhouse. Its inaugural production was Conversation Storm/The House of Cards, followed by my new, authorized translation of Bertolt Brecht’s A Man’s A Man, which was produced in partnership with the Goethe Institut Los Angeles, and which was sponosored by the International Brecht Society.

My mission is to share my love for acting and for great dramatic writing, and my insight into the power of the acting technique I was fortunate enough to encounter, with passionate actors and creative people from all walks of life.