From a recent Village Voice interview with the First Dude of Punk Rawk: 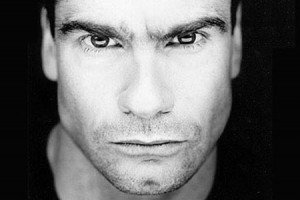 Do you think Black Flag helped focus your work ethic? You seem to have a pretty tremendous work ethic.

I had a lot of that from my upbringing. But then you get around Ginn, Dukowski–I thought I was hard worker and then I joined Black Flag, and that was like boot camp. I found I’d never gotten out of second gear and those guys were continually in fifth.

The first year in that band was like running to keep up with these guys who could do a 16-hour days standing on their heads. That first year was a lot of adjusting for me to do. I had no idea what I was in for. Where you draw the line and say you’re done? They’re a mile up the road and saying, “Hurry up.”

And then there’s this:

Believe me, many slings and arrows came my way. Every bad review of the book–probably because it sucked–but I’m still here. And when you win doing it your way, your name is signed at the bottom of all the sheets of paper. And so it’s all yours at the end of the day because you toughed it out.

Are you listening, actors?