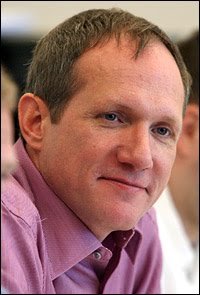 I went to Southcoast Rep in Costa Mesa to see Howard Korder’s new play In the Garden, and I bumped into the master director Mark Brokaw, a graduate of the Drama School at Yale and Obie Award winner, and one the the creators/synthesizers of the approach to acting that I teach at Mother of Invention. Mark was there because he was working on a new play called The Language Archive, which has since opened, and the production got a great review in the LA Times. I have seen quite a bit of Mark’s work, and it has been consistently superb. Particularly memorable was a production of Kenneth Lonergan’s This Is Our Youth in New York, which starred Mark Ruffalo. It was one of the most memorable nights I have spent in the theater, and I didn’t even really like the play itself.