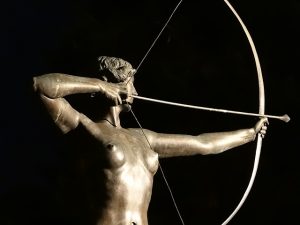 I was meeting a prospective student for coffee the other day, like I do, and I was describing how the scene study portion of the class works.  I was explaining that the first time a pair puts a scene up, I ask each actor a lot of questions, to prompt them to speak from the character’s point of view about the charater’s situation in the scene.  I do this to hear the actor talk about how she has framed the scene for herself, so that I can help them see how framing the scene in another way could be a stronger way of approaching it.  It’s an absolutely vital part of the process.  In the course of this dialogue, things like judgments about the character that the actor may be harboring come to light, judgments which interfere with the actor’s ability to fully enter the character’s situation and fight her fight for keeps.

The prospective student was nodding his head, and then he said something.

I looked at him blankly.  I hadn’t even understood the words that he had uttered, let alone what they could mean.

I stared at him blankly.  What on earth could he be saying?

Then he made a gesture like he was pulling back the string of a bow, preparing to fire an arrow.  In a flash, I knew what he meant.  And I knew that he knew what I meant.

Getting a clear understanding of the circumstances that brought a character to a certain situation (the scene), and what the character wants to see happen in the scene, are integral to being able to play the scene effectively.   In the questioning process I described in class, it often is revealed that the actor has only a superficial grasp of these things.

But even beyond the circumstances themselves, there is the question of whether the actor has found a way to view those circumstances in a way that is urgent or “hot”, as we say in the class.  This urgency is vital for going all in on fighting the character’s fight, and getting his visceral need met.  If you see the situation as a ho-hum, everyday situation, you’re not going to be bringing much passion, or much core vulnerability, to his fight.

In the Essentials Workshop, I teach a framework called the Five Questions that is invaluable in focusing this process of extracting information about a character from the script and framing it so that the fight seems like one that urgently needs to be fought.

This whole process is about getting calibrated appropriately, so that your acting energies are aiming at the right things, and you’re not wasting your mojo and spinning your wheels.  And since it’s about aiming at the right things, “drawing the bow” is a perfect metaphor for this process.  It’s the action of pulling the bow back that makes the momentum and the flight of the arrow possible.  So while this process of working through the circumstances and arriving at clear, compelling framing takes a lot of challenging thinking, and can feel laborious at times, it’s work that is well worth the effort, so that you’re not giving away your shot.

This prospective student ended up signing up.  It’s wonderful to have such insightful students.