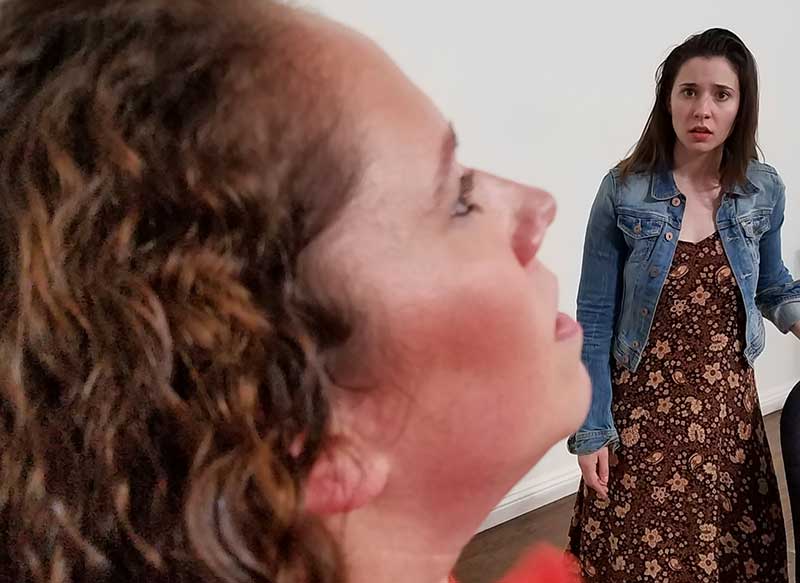 What makes an actor interesting to watch is her ability to be INVESTED in those with whom she interacts in a scene. This ability to care deeply about characters in an imaginary situation in the way that we care about the people in our lives is the alpha and omega for the actor. An actor who can activate themselves VISCERALLY — that is, in their gut — with respect to the character’s priorities can introduce a commanding urgency into a performance, an urgency that enraptures an audience and holds it captive.

In class at Andrew Wood Acting Studio, actors learn to examine a script to unearth the deepest priorities of the characters they will portray, and then to allow those priorities to define and direct their work. The result is work that is impactful, inspiring and memorable.

The approach presented in the class makes use of a rich array of distinctions and concepts to achieve these ends: underlying objective, plot objectives, actions, destinations, transference, personalization, sense-memory, “the path” and many other elements. The class will help actors understand exactly what these tools are and how to use them in a dynamic manner to bring true depth and richness to their work.

The approach places a strong emphasis on script analysis, using a framework called the Five Questions. The Five Questions helps the actor to organize the information about the character and his or her situation extracted from the script.  Once extracted, that information has to be framed in such a way that the character’s fight is seen as one that is worthy and important.

Further, the approach involves a rigorous and sophisticated approach to motivation that distinguishes between a character’s evolving plan (plot objective) and his or her immediate, visceral need (underlying objective).  The notion of action as how a character wants to make another character feel replaces the old concept of tactics.  Acting is understood as a continuous feedback loop of sending and receiving, in which a character is constantly applying pressure to achieve his or her immediate, visceral need, and then monitoring what comes back from the partner as a result of this pressure, to see if the need will be met.

The approach is remarkable in its depth, cohesion, and clarity.  It is a revolutionary refinement of Stanislavsky’s ideas.  Actors who master it can nourish audiences hungry to be reacquainted with their own humanity.

“I’ve taken a variety of classes in the past, and I sincerely feel this is the only approach I’ve learned in which the fundamentals feel universally applicable to any scene, regardless of the genre or medium.”