“I can’t recommend this class highly enough. I wish I had encountered him before I had to scrub through other more mediocre classes around town.” 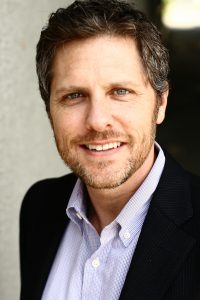 Note: All classes will be held online until further notice. 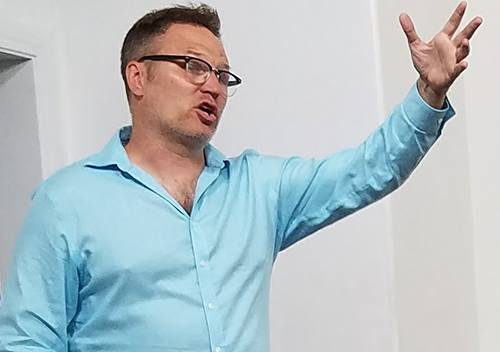 The Essentials Workshop is a ten-week course in acting technique and scene study.  Courses meet for three hours weekly in the evening. Substantial time is required out of class for reading, preparing to rehearse, and rehearsing.

In the Essentials Workshop, Andrew Wood presents a revolutionary approach to acting taught at the Yale School of Drama. The approach involves three distinct phases in working on a role.

With this three-part process, students have a foundation to build on as they develop their skills and pursue their careers.

The approach is presented through exercises, discussion, and scene work.  This occurs in small classes in which every student is a priority. The exercises are carefully crafted, purposeful, exciting explorations that are designed to give students an experiential grasp of the elements of the technique. Discussions elaborate on the principles presented scene in class in the exercises. Also, the technique portion of the class includes a weekly body-work component, designed to help students build awareness of habitual physical tensions and learn how to let these tensions go.

Students work on one scene from a contemporary script for the duration of the course. When a pair presents a scene in class, Andrew spends the better part of an hour with the pair on the scene. He helps the students to identify and fulfill the next aspect of the scene that confronts them. Pairs rehearse every week outside of class, and each week in class powerful new tools are made available that can then be deployed in rehearsals.

At the end of ten weeks, students have come a long way towards making a character come alive and illuminating his or her experience. Students present the scenes at Session 10, “Friends and Family Night”, an informal open house where a supportive group of well-wishers gather to show an interest in students’ work. Students leave the course confident in the knowledge that they have acquired a strong foundation for work on a role, or that they have further fortified a foundation that was already strong.

Fill in the form below to contact us regarding registration or questions.